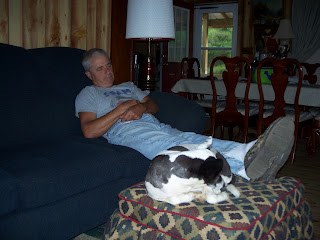 (Such is the excitement level for today's "new ideas")
Allow me to predict the Hollywood "blockbusters" for the next year - five sequels, three re-makes of old TV shows from the 70s, six more cartoons about princesses and/or dragons, and two movies that take an old story, change the sex of one of the main characters, and call it original.  Is it just me, or has the entertainment industry run out of ideas?

Perhaps this is the cynic in me, but it seems that the book industry is having the same basic problem.  Don't get me wrong - there are a lot of decent books out there, but there are very few original works anymore.  Most of what's on the shelves seems like a retread of something I read a long time ago, whether it's a romance of some buxom blonde with a barechested guy on the cover, a sappy teen paranormal about a vampire/angel/monster of the week falling for a misunderstood girl/Soldier with a heart of gold/lonely single cougar trying to recapture her youth.

*whew*  I think I just previewed the releases of the next six months worth of novels at Barnes & Noble.

I honestly don't think that this is because there's a dearth of ideas from artists, but rather because of a "play it safe" mentality amongst both the film industry and traditional book publishers.  Big new ideas can take off in a dramatic fashion, like Star Wars did in 1977, or they can fizzle in a monumental way like Howard the Duck.  And for all their protestations of how they want to give life to new ideas, Hollywood is still a business, and businesses usually recoil at the uncertain success of an untested idea.  Nope, better to stick to something that worked before, because it should at least show a little return on the investment. 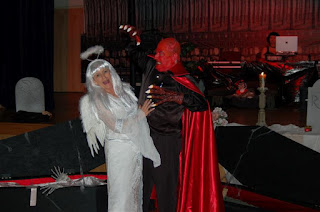 Every great idea, whether in Hollywood or the literary world, seems to get lodged in the gut of those in charge.  Harry Potter was an awesome original idea...that spawned six sequels.  I loved Harry Turrtledove's visit to the altered America of the Second War Between the States, but it brought us a series of eight more.  Even one of the best works ever done in horror - The Shining - is bringing in a sequel to be released later next year.

I really believe that it's this lack of originality in the traditional book market that has helped contribute to the rise of the indie writer.  Without it, we wouldn't have JA Konrath telling us about demons preserved in bricks of uranium, or William Paul Young telling us about Mack meeting God in an abandoned Shack in the remote wilderness.  Indie writers can take chances that more traditional folks can't, and the results can be fantastic.  Yes, they sometimes fall flat, but every diamond once started as a piece of coal.

Don't we all, at some point, shout about the lack of originality out there?  The only way we're ever going to convince both Hollywood and the book industry to give us bolder ideas is if we reward those who come up with them.  We can't write off something different because it might make us uncomfortable.  If we do, then we have only ourselves to blame when the big ideas are left to rot, with no one to claim them for their own. 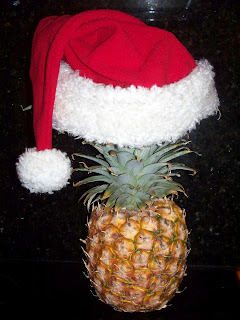 (And now for something completely different...)
Posted by RD Meyer at 10:19 PM

RD Meyer
Western Tennessee, United States
I'm a retired US Army Officer and an award winning author with five novels to my name - Akeldama, Salvation Day(IndieReader Discovery Award for Paranormal Fiction, 2018), Wrongful Death, Schism, and Homecoming. I lived in Hawaii for seven and a half years and moved back to the mainland in June of 2016 before finally settling in Tennessee in 2019. My wonderful wife Sherry and incredible daughters Rachel and Amelia help support my eccentricities and keep me sane. Hopefully others will enjoy reading my bizarre tales as much as I enjoy writing them.